In Photography, Exposure Is The Amount Of Light That Reaches The Film Or Image Sensor 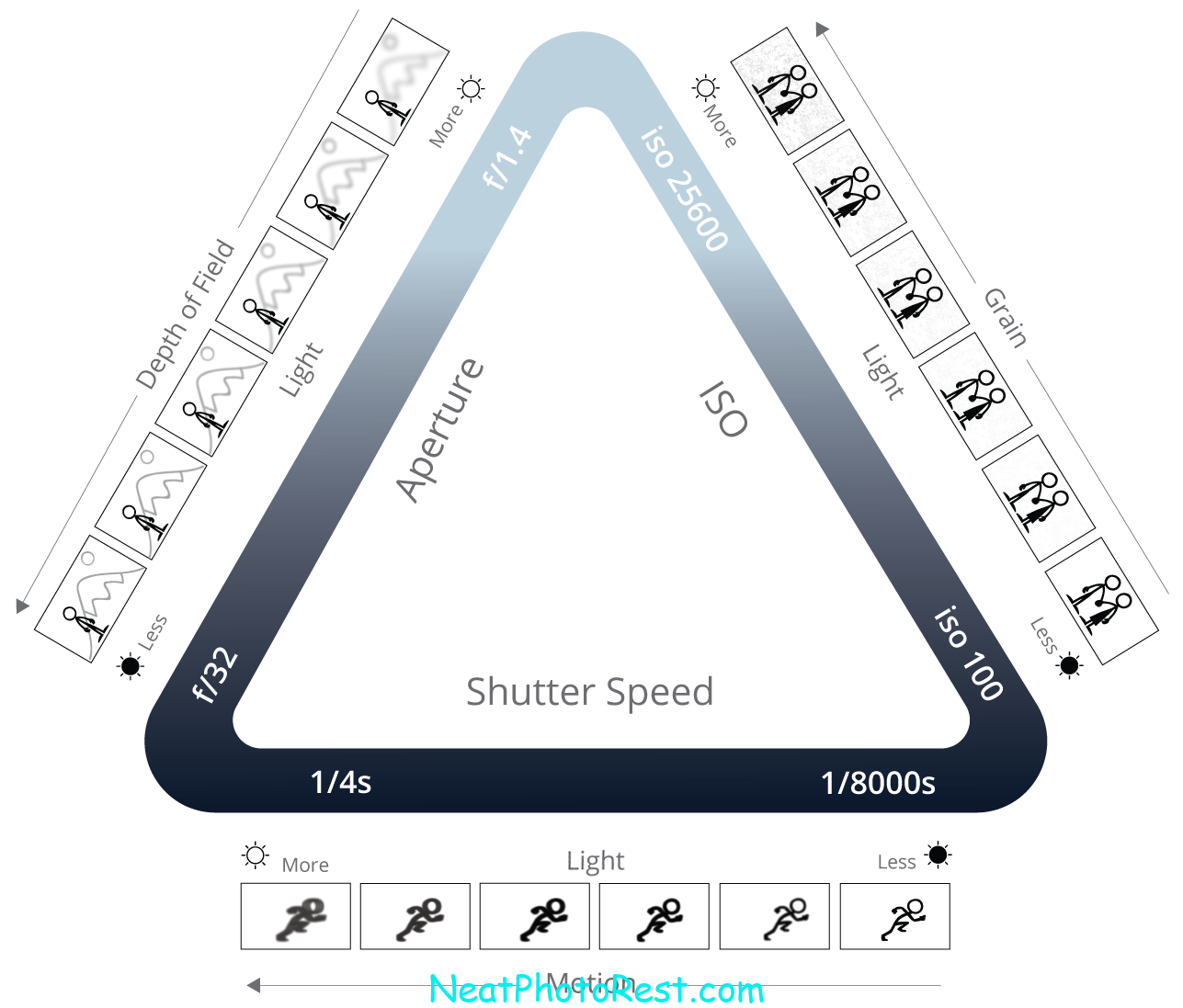 In photography, exposure is the amount of light that reaches the film or image sensor. It is determined by the aperture, shutter speed, and ISO speed and can be adjusted by changing these settings.
Aperture: The aperture is the opening in the lens through which light enters. It is measured in f-stops, with a larger aperture corresponding to a smaller f-stop number. For example, f/2.8 is a large aperture, while f/22 is a small one.
Shutter speed: The shutter speed is the amount of time that the shutter is open, exposing the film or image sensor to light. It is measured in seconds or fractions of a second, such as 1/250.
ISO speed: The ISO speed is a measure of the sensitivity of the film or image sensor. A higher ISO speed corresponds to a more sensitive film or sensor, which can be used in lower light conditions.
Exposure can be increased by using a larger aperture, shorter shutter speed, or higher ISO speed. It can be decreased by using a smaller aperture, longer shutter speed, or lower ISO speed.
The best way to learn about exposure is to experiment with your camera and see how the different settings affect the final image.

Famous Words of Inspiration...
"If you can build a business up big enough, it's respectable."
Will Rogers
— Click here for more from Will Rogers
»
«