In The 1930s, The United States Was In The Throes Of The Great Depression, And Photographers Were There To Document The Harsh Realities Of The Time 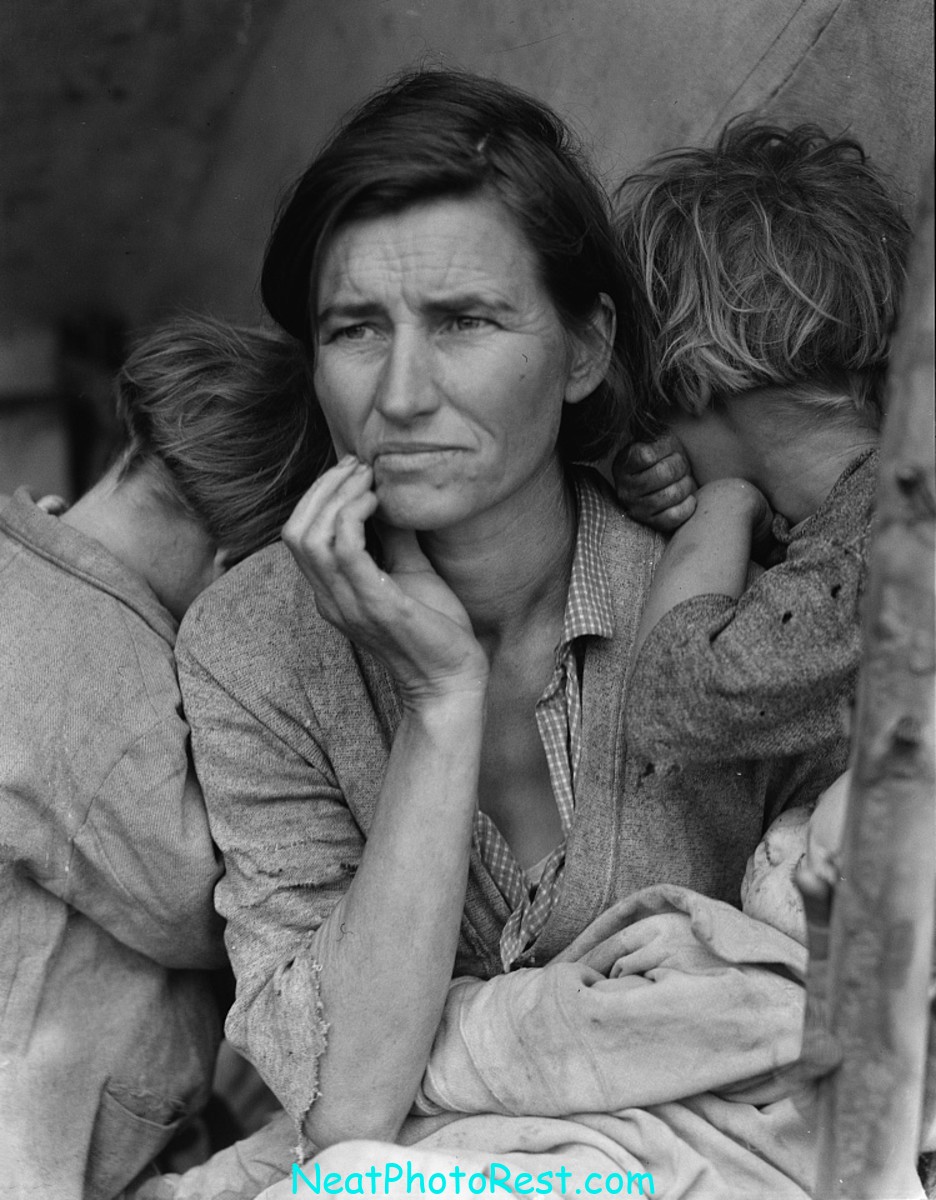 taken by Dorothea Lange in 1936. The photograph shows a mother and her children huddled together in a makeshift camp in California. The mother is tired and worn down, but her children look to her for hope and protection. This photo captures the desperation and hardship of the Depression, but also the strength and resilience of the American people.
Other well-known Depression-era photographers include Walker Evans, who captured the poverty and desperation of the rural South, and Margaret Bourke-White, who documented the Dust Bowl. These photographers used their cameras to shine a light on the dark reality of the Depression, and their work helped to define this difficult period in American history.

Famous Words of Inspiration...
"You don't know what you can get away with until you try."
Colin Powell
— Click here for more from Colin Powell
»
«