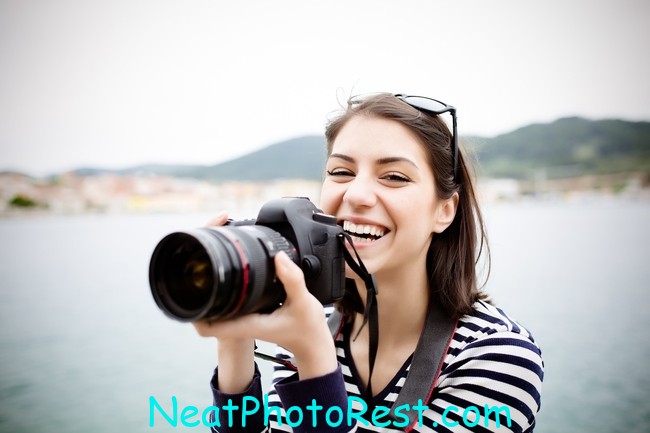 There is no one definitive answer to the question of how to become a good photographer. However, there are some basic principles and skills that any aspiring photographer needs to learn in order to improve their craft.
One of the most important things for any photographer to understand is the relationship between aperture, shutter speed, and ISO. This trifecta is known as the exposure triangle, and it is the key to creating well-exposed images.
Aperture is the size of the opening in the lens through which light passes. A wider aperture (smaller f-stop number) lets in more light and produces a shallower depth of field, while a narrower aperture (larger f-stop number) lets in less light and produces a deeper depth of field.
Shutter speed is the amount of time that the shutter is open, exposing the sensor to light. A longer shutter speed lets in more light and produces a blurrier image, while a shorter shutter speed lets in less light and produces a sharper image.
ISO is the sensitivity of the sensor to light. A higher ISO produces a brighter image, but also introduces more noise. A lower ISO produces a darker image, but with less noise.
These three factors must be balanced in order to produce a well-exposed image. If one of the three is increased, then one of the other two must be decreased in order to maintain the same level of exposure.
In addition to understanding the exposure triangle, it is also important to have a firm grasp of the different camera modes. The three most common modes are aperture priority, shutter priority, and manual.
Aperture priority is a semi-automatic mode where the Photographer’sets the aperture and the camera chooses the shutter speed. This is a good mode for beginners to use as it takes some of the guesswork out of exposure.
Shutter priority is a semi-automatic mode where the Photographer’sets the shutter speed and the camera chooses the aperture. This is a good mode for action photography as it allows the photographer to freeze the action.
Manual mode is where the photographer has complete control over both the aperture and the shutter speed. This mode should only be used by experienced photographers who are confident in their ability to expose an image correctly.
These are just a few of the basics that any photographer needs to know in order to improve their craft. There is no substitute for practice and experimentation, so get out there and start shooting!

Famous Words of Inspiration...
"Do good by stealth, and blush to find it fame."
Alexander Pope
— Click here for more from Alexander Pope
»
«